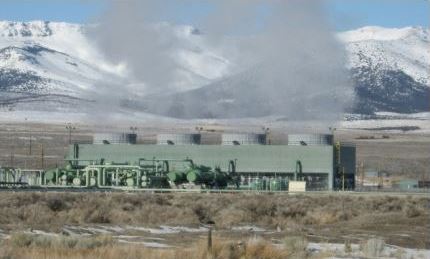 Geothermal is a renewable energy resource that offers long-term, sustainable and non-consumptive sources of power generation. Geothermal power plants are considered to be a base load power source because they can be operated 24 hours per day, 7 days a week, or whenever they are needed, unlike intermittent power sources like wind and solar energy. Idaho uses its geothermal resources for heating buildings, generating electricity, growing plants and aquatic species, and for recreation.

Idaho is one of seven states with utility scale electricity generation from geothermal energy. Idaho’s volcanic landscape allows for some of the best geothermal potential in the nation, much of it in the southern portions of the State.[1 ] Ormat manages Idaho’s only operating commercial geothermal power plant, the Raft River Enhanced Geothermal System Project, located in Cassia County. The Raft River plant provides about 11 MW of net capacity.[2]

Geothermal heating of buildings has a long and rich history in Idaho. Boise is home to the nation’s first geothermal district heating system, Warm Springs Heating District, which was built in the late 19th century and continues to service over 300 customers in the East End neighborhood of Boise.[5] The City of Boise’s geothermal heating utility delivers naturally heated water through over 20 miles of pipeline to more than 6 million square feet of building space. The Idaho Statehouse is the only geothermally heated capitol building in the nation. District heating is also currently being used for space heating at several of the Boise State University campus buildings.[6][7]

There are two methods to extract energy as heat from geothermal water. 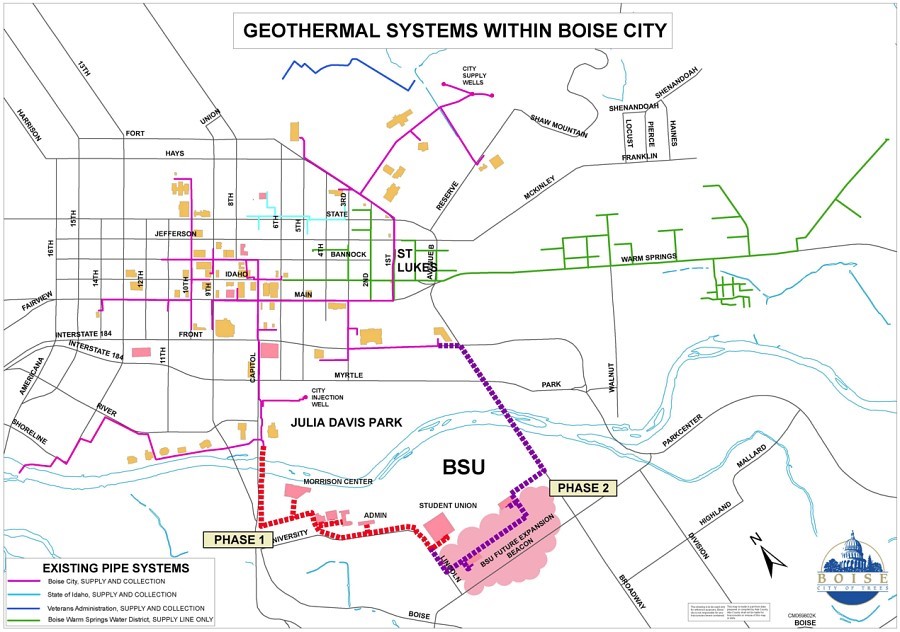 Direct Use means that the heat energy from geothermal water is utilized through either direct contact or through heat exchange for a specific process. Examples include: 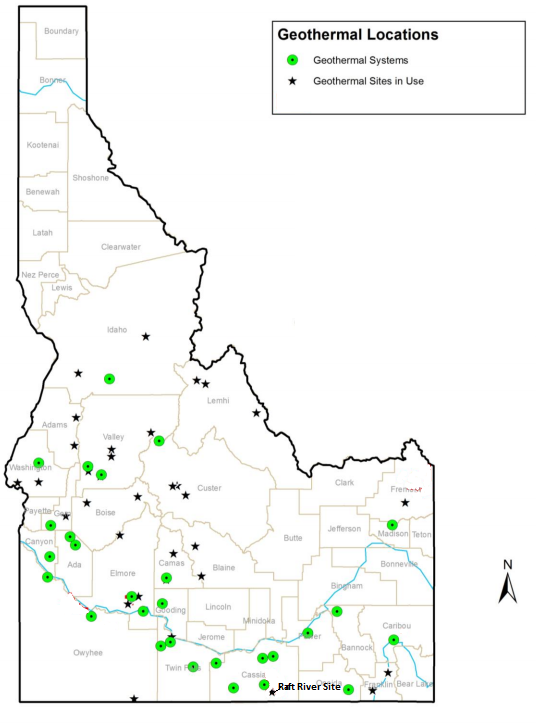