Official Government Website
|
Nuclear energy is a carbon-free power source. Idaho has no commercial-scale nuclear power generation plants; however, nuclear power has a rich history in Idaho, notably at Idaho National Laboratory (INL), established in 1949. In fact, INL was the site of the first use of nuclear fission to produce a useable quantity of electricity, and in 1955, the Borax III reactor provided electricity to the town of Arco, ID. Although temporary, this was the first time that a nuclear reactor powered an entire US community. INL is part of the U.S. Department of Energy’s complex of 17 national laboratories and is the lead laboratory on integrating nuclear energy research, development, demonstration and deployment.

INL will be the location of NuScale Power LLC’s small modular reactor (SMR) plant that could hold 12 modules and start generating power by 2029. The Utah Associated Municipal Power Systems (UAMPS) will own the plant. The NuScale Power project will help advanced the Carbon Free Power Project (CFPP). The CFPP will be located at INL and is the first NuScale Power SMR plant to begin operation in the United States. The plant will generate 462 megawatts of electricity. [2]

Idaho was a disposal site for nuclear weapons production activities. The Idaho Settlement Agreement implemented in 1995, agreed to allow the U.S. Navy and Department of Energy to bring small amounts of spent nuclear fuel (SNF) into the state for 40 years. The Department of Energy agreed to not send certain types of SNF to the state and would treat and permanently remove waste and SNF from Idaho.

Governor Batt had three conditions for the settlement agreement: Idaho will not become a default waste repository, the Department of Energy must address the waste already in Idaho, and INL must become a viable national lab.

Since the Idaho Settlement Agreement in 1995, five agreements have been reached. These include: the Agreement to Implement of 2008, the Navy Addendum of 2004, the Commercial Fuel MOA of 2011, the Supplemental Agreement of 2018, and the ATR Agreement.

Nuclear energy works by splitting uranium atoms in a process called fission to boil water and produce steam. Steam spins turbines, which operate generators and form electric currents. The energy released from a pound of uranium through nuclear fission is much greater than the energy produced from burning a pound of coal (2.5 million times more), making it possible to generate vast amounts of energy from a very small amount of material. Unlike coal, oil, and natural gas, nuclear plants do not burn anything to produce steam, which means that nuclear plants produce no greenhouse gases and are a carbon-free form of energy. 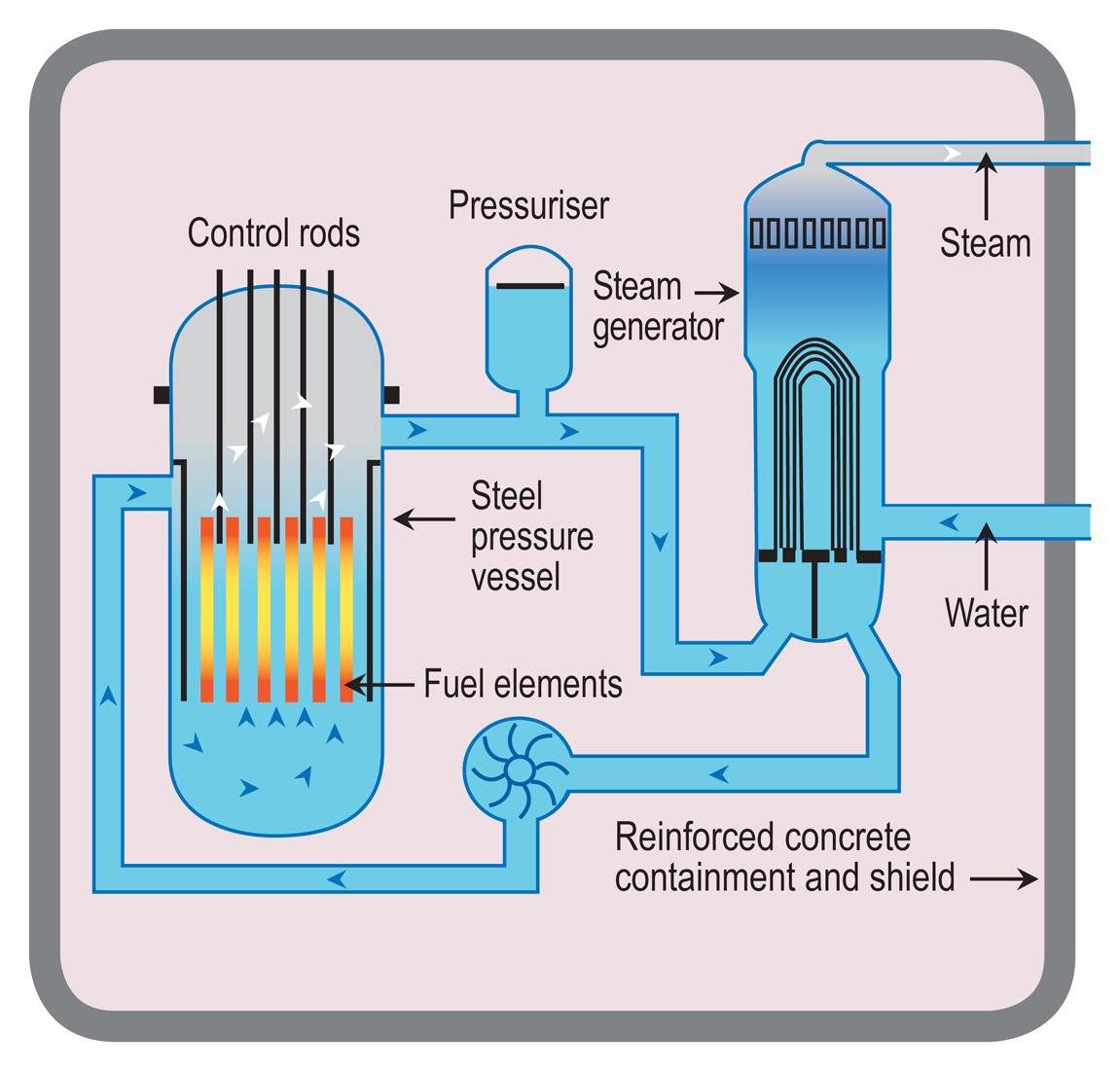