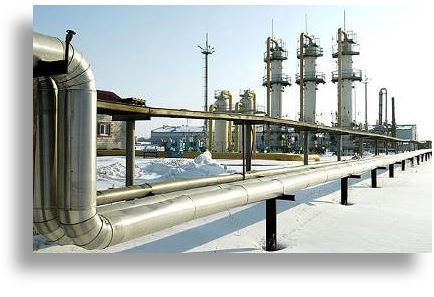 Natural gas is burned to generate heat, electricity, and hot water. Natural gas is burned to generate electricity by passing hot pressurized gases through either a combined-cycle combustion turbine (CCCT) or simple-cycle combustion turbine (SCCT) connected to an electric generator. CCCT plants have a gas turbine and generator combined with a heat recovery steam generator that captures the exhaust heat from the turbine to produce additional electricity. CCCTs are typically used for baseload generation due to their higher efficiency. SCCTs do not harness the exhaust from the turbine, making them more expensive to operate. However, since they can be placed in and out of service more rapidly than a CCCT, they are normally dispatched to meet periods of peak electrical demand. CCCT plants have a low initial capital cost compared to other baseload technologies, are highly reliable, offer considerable operating flexibility, and have lower emissions than coal plants. The cost of the natural gas fuel and its price volatility is a major consideration in the operation of combustion turbines.

In 2013, natural gas was used for almost 3,400,000 MWh of electricity in Idaho, 22 percent of the state’s total electricity production. In 2015, Idaho became a petroleum-producer, with six natural gas wells in Payette County coming on-line. Some of the natural gas from the Little Willow gathering system goes into Idaho Power’s Langley Gulch gas power plant, the rest goes to the Northwest Pipeline.  Despite this recent success, Idaho is still an oil and gas frontier region. By definition, frontier regions are generally far from most markets and established infrastructure, and places that little, if any, drilling has occurred.  In an oil and gas region, drilling density usually indicates how intensively an area has been explored.  For example, Texas has had about 1.5 million wells drilled and is an extensively-explored region. In contrast, Idaho has had about 180 wells drilled, with about 110 of these within the two known geologically-distinct frontier regions, the Idaho-Wyoming fold and thrust belt of easternmost Idaho, and the Western Snake River Plain.

The Western Snake River Plain had shallow wells drilled in the early 1900’s, with some indicating the presence of natural gas.  By the 1950’s, about 50 wells had been drilled.  Since 2010, 18 exploration wells were drilled in the Western Snake River Plain. Operator Snake River Oil and Gas  has controlling interest in the active wells in Payette County. There are currently seven producing wells providing commercially-significant volumes of “raw” natural gas and raw condensate. These volumes are collected in a gathering line system and transported in a pipeline to Northwest Gas Processing’s Highway 30 natural gas processing plant. At the plant, the raw natural gas is processed into pipeline-quality natural gas, natural gas liquids, and stabilized condensate. The pipeline-quality natural gas is delivered from the plant to the Williams Pipeline, which then transports the product to the consuming public. The natural gas liquids and stabilized condensate are shipped by rail or truck to refineries out of state. Production information is available to the public at www.ogcc.idaho.gov. Currently, production in Idaho is suspended and wells are shut in until commodity prices increase and new wells are brought online.

For more information on Oil and Gas development in Idaho, please visit the Idaho Department of Lands website at www.ogcc.idaho.gov. 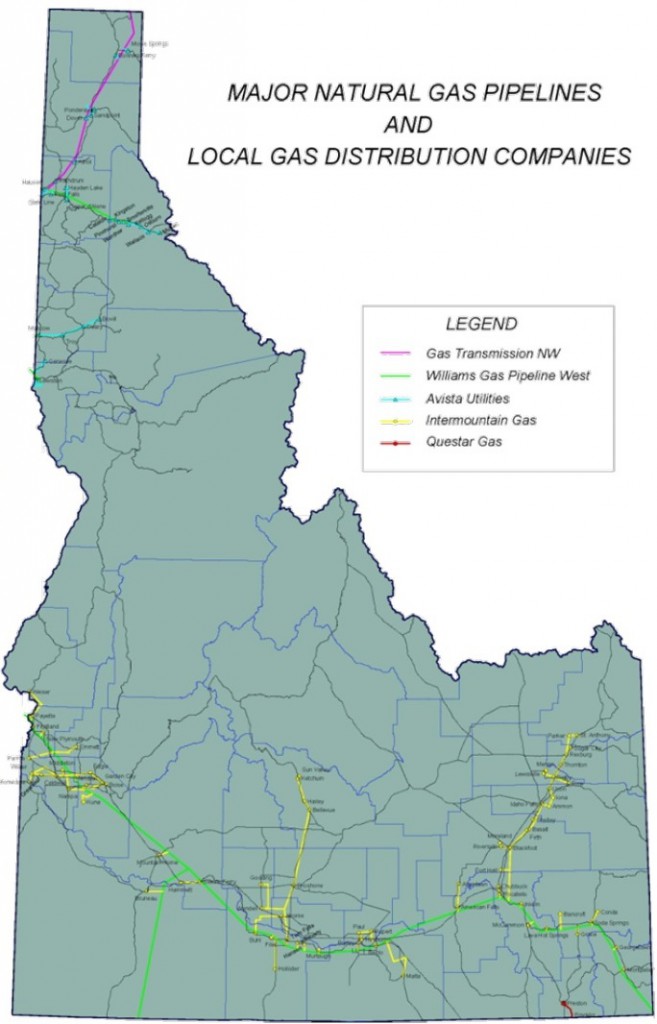