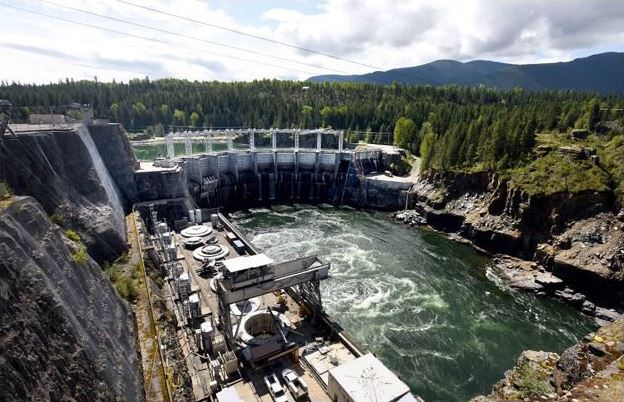 Idaho’s many rivers provide a tremendous source of renewable electric power. With over 140 existing hydroelectric plants having a combined generating capacity of approximately 2,700 MW, Idaho has some of the greatest hydroelectric power resources in the country.[1] In 2021, hydroelectric facilities supplied 51% of the total in-state electricity generation, contributing significantly to the state’s low electric rates. [2]

Hydroelectric power is a uniquely-valuable renewable energy resource. It is clean and inexpensive; it is a dispatchable resource, and has greater flexibility than many other forms of renewable electric generation for matching the always-fluctuating demands on the electric grid as well as accommodating the highly-variable contribution of other renewable energy sources.

The nation’s largest privately owned hydroelectric is the 1,167 MW Hells Canyon Complex (consisting of the Hells Canyon, Oxbow, and Brownlee dams) owned by Idaho Power Company, Other large hydroelectric projects in the state include the 400 MW Dworshak Dam operated by the U.S. Army Corps of Engineers, and the 260 MW Cabinet Gorge Project owned by Avista Corporation.

In order to generate electricity in a hydroelectric dam, water from the reservoir is released into a massive pipe called a penstock, where it enters the powerhouse deep within the dam. The force of this water pushing against the turbine blades causes them to rotate. The turbine is connected to the generator that produces the electricity. All of the water entering the turbine returns to the river downstream in the tailrace of the dam. At times when more water is available in the river than can be used by the dam, the additional flow passes through the dam’s spill gates. 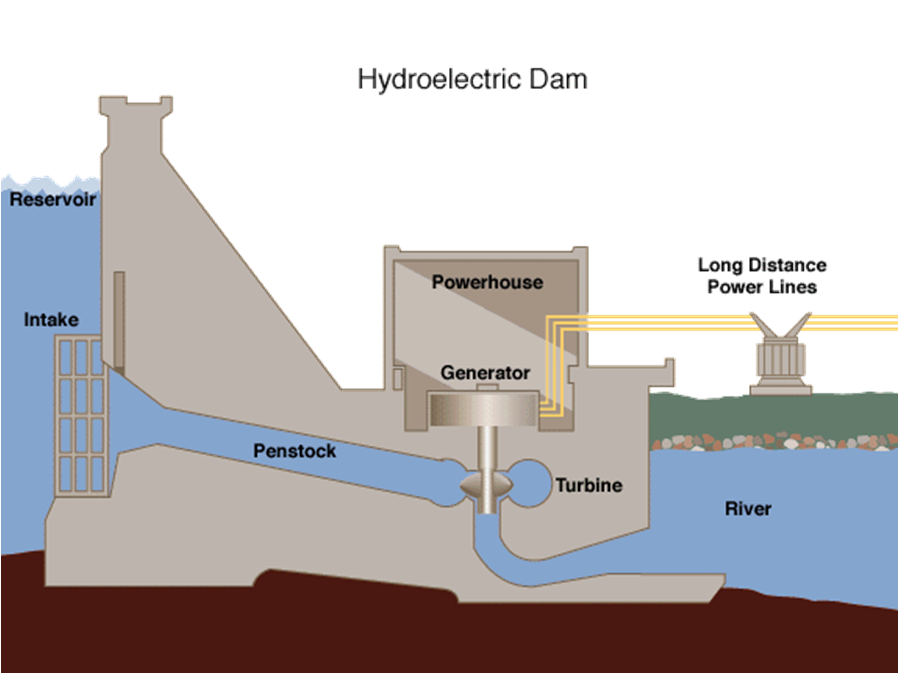 Map of Power Generation in Idaho 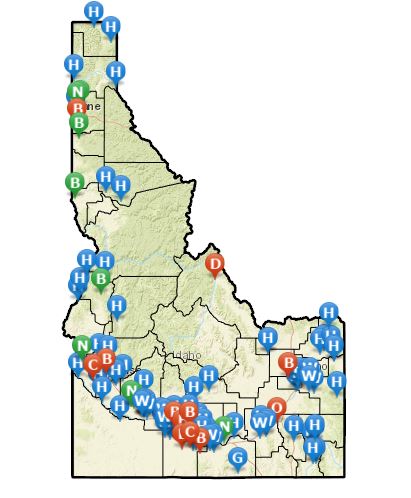 Please click here to toggle additional features on the map.

Data is compiled from the U.S. Energy Information Administration (EIA) and the Northwest Power & Conservation Council. Please contact our office at (208) 332-1660 for any questions or data requests.